iPad not charging – You may have noticed that you can charge the iPad with the included charger but also with the charger of your iPhone or directly via the Mac or PC. Although you can charge your iPad using these methods, not every way is quick.

If the iPad is connected to a computer or to an iPhone charger, it may happen that Not Charging shows up. There may be many reasons why the iPad shows the message Not Charging but the main reason for the report is a problem with the power source, here we give a simple solution.

1: First of all! Check the wired connection

Before you continue you can check out the connection of the iPad. It often happens that dust and dirt end up in the socket of the iPad or iPhone. This can prevent the connector from being connected correctly. You can safely clean the connection with, for example, a toothpick.

2: Can not be charged to the computer?

I often get the Not Charging message on the iPad when I connect the iPad to my Mac. It is then possible that there is not enough electricity to charge the iPad. So even though the iPad is connected, the battery can drain. You can try these solutions:

Caution: If the cable has visible damage (eg the plastic sleeve), we recommend using a new cable for safety. If the cable is not officially from Apple, it can happen that after an update the iPad can no longer charge.

A solution that almost always solves the problem is to connect the original iPad charger. This charger provides the correct amount of power so that the iPad can be recharged. Are you thinking: “What are those official accessories expensive!” Look at this charger and cable in one of Belkin. 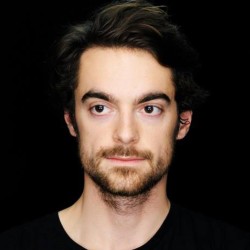 Latest posts by Sander (see all)

Apple Inc. is not part of Mac hulp .nu